Cafe Pasqual's Gallery is excited to exhibit the work of artist Bill Skrips and his Contemporary Folk Art Sculpture and Paintings! His degree in sculpture from New York's School of Visual Arts comes as no surprise when you see his collections of odd and creative assemblages and hand carved faces that make up his signature style.
In his own words: Using a combination of carved and painted wooden forms, aged metal, found objects and various bits, I seek narrative in my sculptural work. At times literal and sometimes abstract, the “stories” the artwork tells can come across as apparent or obscure. Influenced by outsider and folk art, I strive for a union between the humorous and the dark, which reflects my personal view of the world. The work rarely edifies or draws conclusions: I prefer to pose the questions and stand back. The resulting playfulness of this approach is balanced by the grittiness of my materials. Raised in the wilds of blue-collar New Jersey, I attended art school in NYC, moving there for the art scene. I spent years in NYC, eventually finding urban life overwhelming. I left Soho, returned to NJ and began to work with found materials (influenced by a Dad who saved everything), combining these bits and pieces with painting, carving and welding. I married, bought a home and settled into domestic life. I began showing work nationally. I won a state fellowship, which temporarily freed me from part-time jobs. Selling work from both studio and gallery also helped with finances. A divorce, my parents’ passing and a milestone birthday prompted a move west to New Mexico. These days, I work outside of Santa Fe. The effort spent making art is like breathing rather than a chore-not always pure joy, but never far from it. Come check out Bill's new work displayed in the Cafe and upstairs in the Gallery Open Every Day 10am to 5pm

Broken Arm aka Onder the Influence

Heir to the Throne 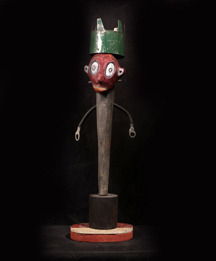 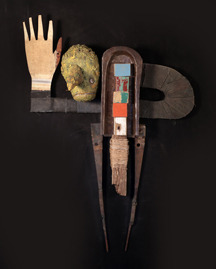 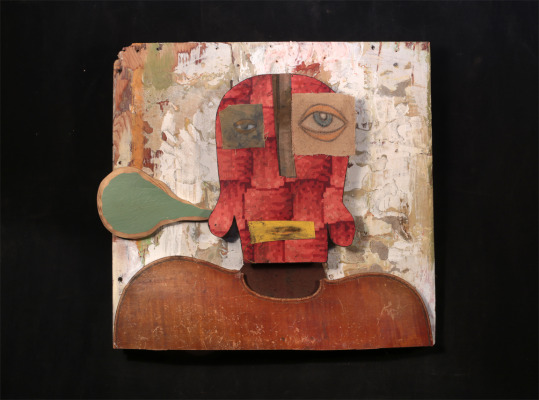 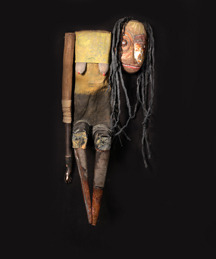